So the last few weeks have been pretty good for releases of films that we have worked on and picked these two up recently and during the current situation have actually had the time to watch them both whilst working in the studio. Really enjoyed both of them and to be honest most of time I'm only watching the films to see how our work looks on screen, which is different from watching it on a monitor during the film shoot itself as it will now have been graded and with a soundtrack and ADR so what we do on set will look slightly different on the small screen.

Although we weren't on set for Come to Daddy we did have the pleasure of taking a full head caste of one of the actors Mr Michael Smiley who has been in a host of cool flicks such as Kill List, A Field in England and Free Fire and my personal favourite Spaced where he played Tyres. We got the gig through one of the producers that we had worked with on Dead in a Week or Your Money Back where we had supplied a dummy head which had to explode on screen. Because of timing and location the production out in Canada couldn't get the actor out in time for a full head caste so we were tasked with making it and then shipping it out to the head Make-up FX artist Tibor Farkas who would then create a hard copy of the head to then sculpt and create the prosthetics needed for the film, we had been given an idea by Michael as to what the Effect would look like but only saw the end results for the first time during the film and the prosthetics look fantastic.

We worked on Inmate Zero a few years back and up until its release it was originally entitled Patients of A Saint, which personally I preferred but it's more about the marketing of the film sometime sand what name will help with sales and distribution. We'd worked with the director Russell Owen on a few film before and coincidentally had supplied another severed had gag for the film Welcome to the Majority, which I think they still have! For the prison set virus related horror we were tasked with created a tonne of fake heads and body parts for a massacre scene, in total we did 3 full head castes and used up most of our fake limbs for the shoot. Strangely enough one of the actors, Raymond Bethley, who we had to take a head caste of  had been to the studio a few years back for a headcaste for another project, although it took me a while to actually remember which project as after a few years the projects stack up and as hard as I try to remember everyone who we work with, sometimes, just sometimes I go blank,  Ray, bless him had to show me a picture of him in the studio with me working on him to help jog my memory. There were a few long ass days on this project as they were shooting at the old prison in Shepton Mallet and commuting for Buckinghamshire was a good 4 hours plus round journey. I think at the time of pre-production we didn't have access to one of the actors who would be playing the Chef but luckily we did have a mould of someone with a similar sized head so we used that instead and the look and effect works well in the finished movie. 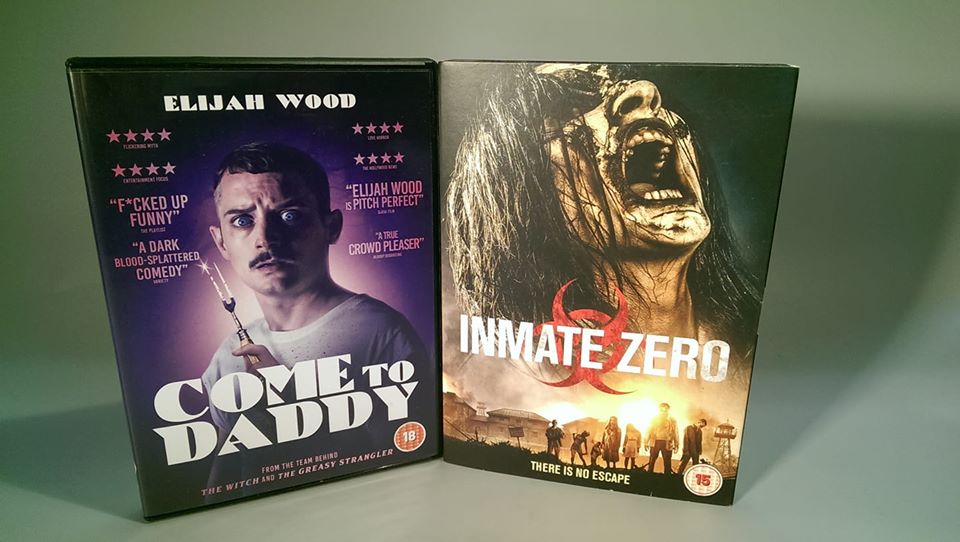