Mike’s responsibilities during the production were to create and supervise all character based special effect make up prosthetics. Additionally, and most importantly, Mike undertook the creation of a full scale fantasy world akin to the labyrinth environment in the 2006 film Pan’s Labyrinth. With his persistence and hard working ethic surmounting our minimal budget, Mike’s creativity and innovation were nonetheless never limited and he consequently embedded our film with an admirable and professional production design quality.

During all key stages of production (from January 2010 to November 2010), Mike proved himself to be a most valuable member of the team. His utmost dedication, passion, kindly demeanour and professionalism brought a constant reassurance that each element would be delivered within strict time management. Furthermore, Mike always worked beyond set hours to ensure that what he created was at its height of perfectionism.

Mike Peel would indeed make a valuable asset to any company. 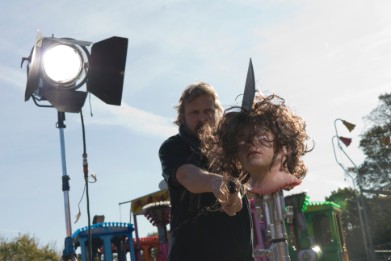